Contact: ethan.nahlinder@gmail.com
Ethan Nahlinder has been accepted to UCLA. He directed the short film “Void” in 2018, which earned him the “Best Visual FX” Award at the All American High School Film Festival.
Award-winning film: Void

Reaching teenagers has always been the goal of this story. I was thrilled when the award-winning high school-aged director, Ethan Nahlinder, showed interest in directing a short film of it. Click here to see behind the scenes photos.

When we initially decided to go into production, Ethan was in the middle of his Sophomore year of high school. Our window to shoot the film was early summer. Our local paper, The Beach Reporter, came and interviewed us on the set: 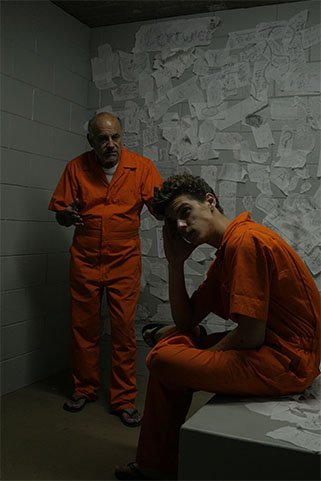 Finding locations presented its own challenge because we needed a place to film at a really good price (free). Along with our production assistant, Caroline Alley, Ethan and I met with Redondo Beach Police Sgt., Mike Snakenborg, to request the use of the police station for filming. We were so happy when he agreed to let us get some shots there. He was on set the night we filmed and even made a brief appearance (when our main character was brought in to be booked). Luckily for our film crew, it was a quiet night at the police station (except for one disorderly person who was repeatedly trying to turn themselves in to be arrested).

The location for the jail cell was not so easy to find. We tried to find a local space which was empty: a storefront, the garage of a home for sale. We considered my own garage but it had two cars in it and it was full of supplies, bikes and boxes. Ethan and I spent a couple of months scouting but didn't find any would work. We realized my garage was our only choice. 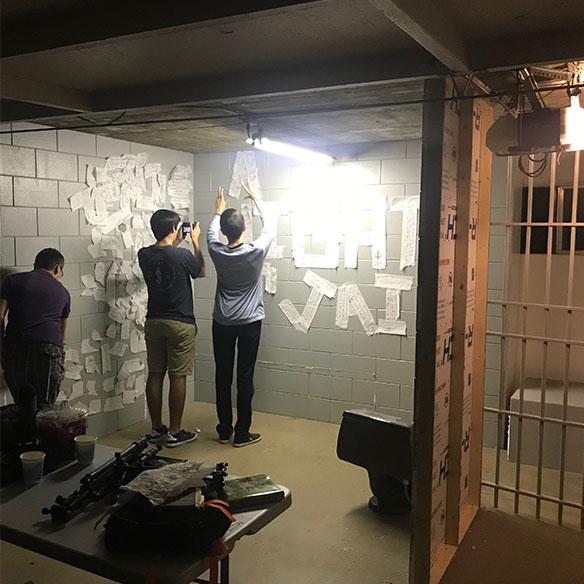 Ethan and his dad went to work. They bought materials and precisely measured my garage. Their weekends and holidays were spent in their back yard building the cell bench, walls, door and window into the guard's station. Ethan's dad found a grey toilet for free on Craig's List and picked it up from a nice lady's front yard. When Ethan wasn't studying for school or working on the set, he was story boarding.

Several days prior to the shoot date, I had to clean out my garage (yikes) to make room for the jail cell. It was good for our family to purge some items we didn't need. One of my neighbors let me store our bikes in their much cleaner and emptier garage. Two days prior filming, Ethan and his dad brought their set over and set it up. They attached the walls to our ceiling and floors, adjusted our light, did some caulking and touch up painting. It fit exactly as they measured it. It looked just like a jail cell. We were amazed. Our friends, family and neighbors were amazed.

Another young person who was creatively involved in the film was my stepson, and UC Irvine music student, Connnor Swan Smith. He composed the soundtrack and wrote and performed I KNOW WHERE I’M GOING. It was recorded at the famed Westlake Studios in West Hollywood (thank you to the owner and our friend, Al Machera). Additional composition by Tillion Simmons. 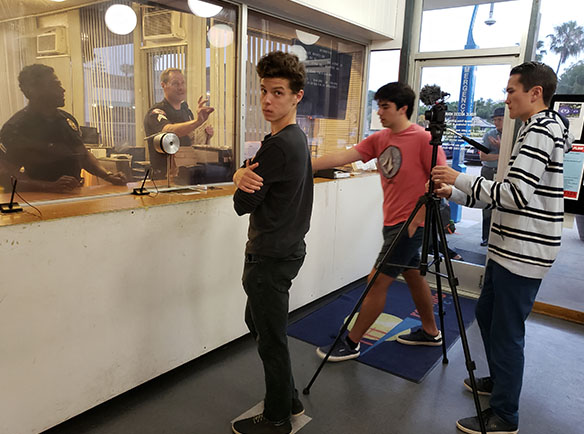 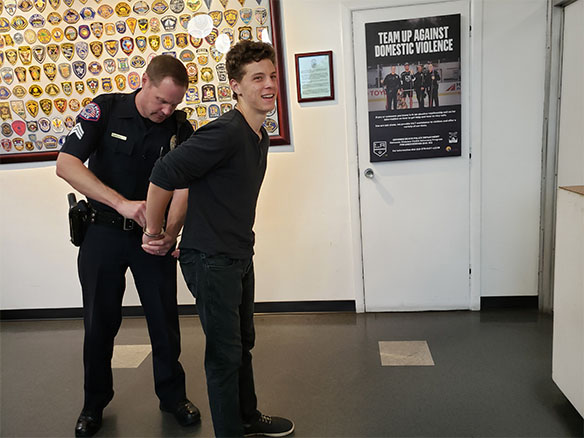 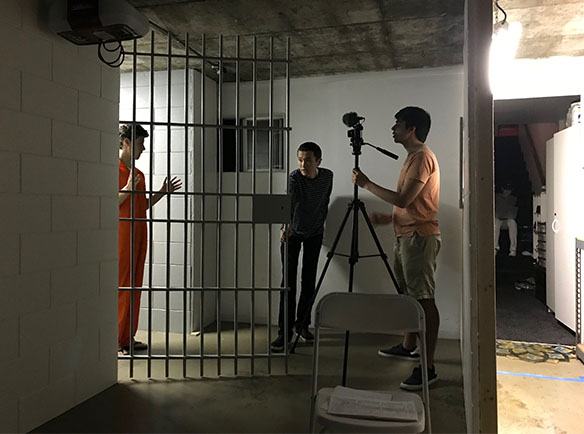 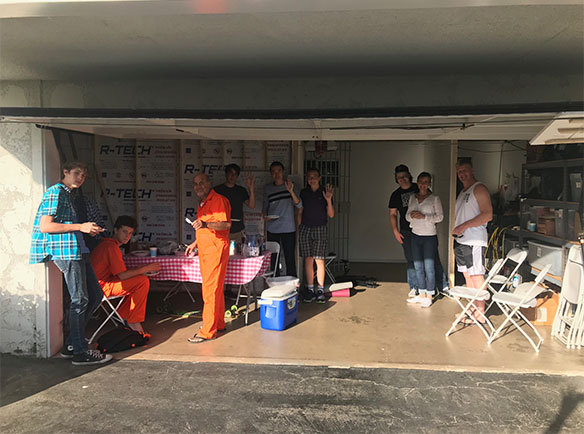 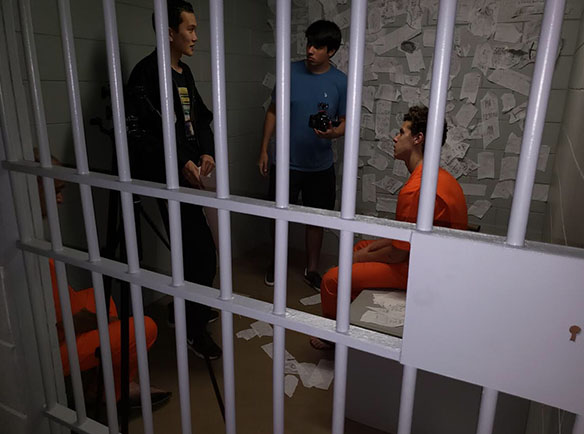 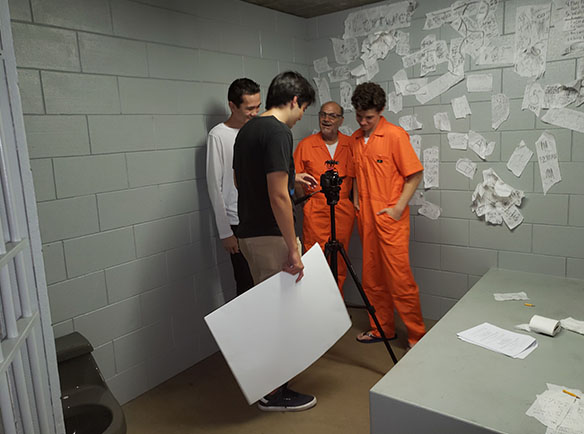 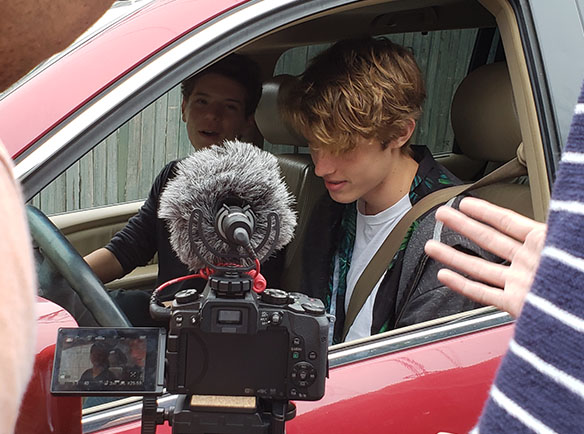 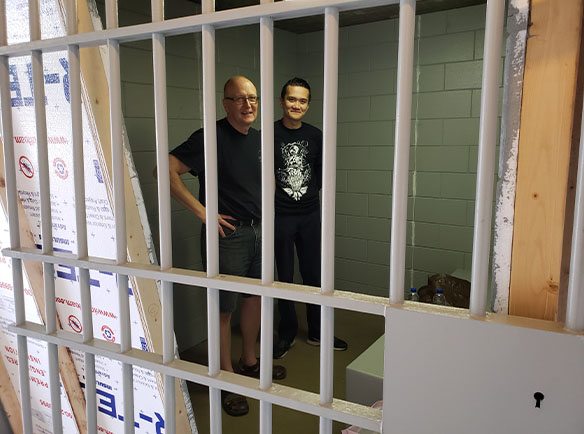 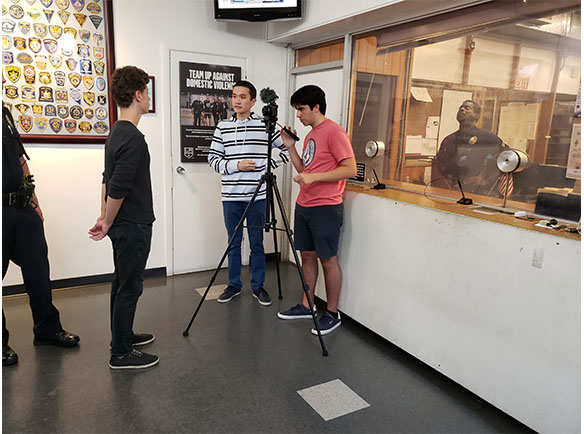 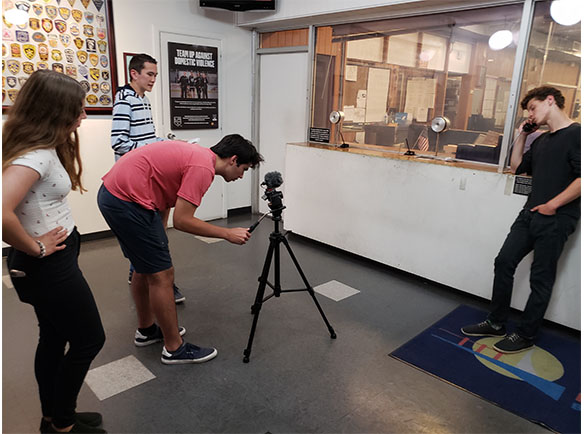 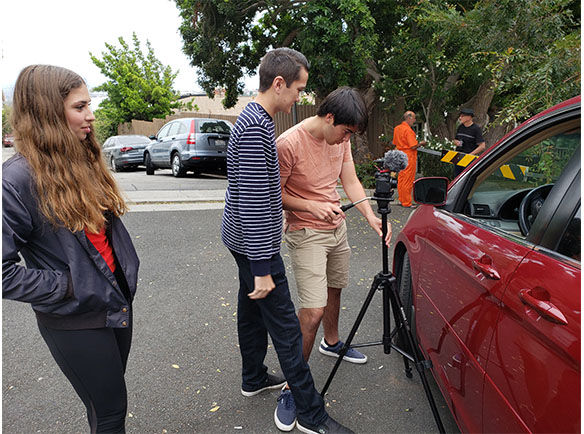